Wiggling Toes in the Sand 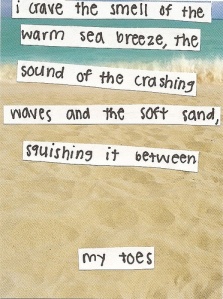 Seems appropriate for Valentines Day – how contractors run afoul of Federal investigators when they get caught wiggling their toes in the sand with procurement officers.

Posted in Lessons in Being Dysfunctional, Outside Articles | Leave a comment

Is that Whip or WIP

A wise and sage person once said, “manage your project, don’t manage WIP”. For years the idea of Work in Progress (WIP) has eluded the understanding of senior management at many companies. Senior management labors under the impression that there is a WIP God that is all seeing and all knowing and will swoop down upon the company if anything is awry. What senior management in many companies fail to understand is that the way the company estimates projects makes the calculation of WIP immediately suspect. Many projects are already upside down before they even get out of the gate. Pointing this out is to no avail when senior management is convinced that WIP is the problem, not poor estimating or project management. 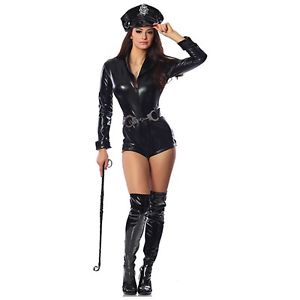 Of course, the problem of profit fade and poor performing projects never goes away when management remains convinced that WIP, or is that WHIP, caused the project to lose money.

A short primer on the critical elements of WIP for the uninitiated. There are three key elements that are needed to insure that the process of WIP operates as accurately as possible:

Simple enough, don’t you think?? Yet those at many companies cannot wrap their brain around the concept and continually come up with processes and procedures to manage WIP, versus manage the projects or change clearly deficient estimating procedures and project management.

A case of dumb and dumber, the blind leading the blind, etc… We know that if we manage the WIP that the projects will make money, you MUST be calculating it incorrectly. Bwaa Haa Haa, such ignorance. Folks, WIP is just a timing mechanism that matches revenue to expense and has no impact upon a projects profitability. That is the main purpose of WIP – match revenue to expense was what I wanted to yell at the top of my lungs after sitting through the 100th meeting where the same pronouncement regarding how WIP needed to be managed.

The usual Jim Carrey look came when they would make these statements – “we know the truth, you can’t fool us”, LOL. I am convinced this was done to WHIP me into submission. As if telling me over and over  would make me a convert to the insanity. To this day the senior management at many companies is clueless to the concept of WIP.

Being able to effectively estimate projects is where many companies have real issues that doom projects to profit fade from the beginning and/or during the project when an estimate to complete is needed. I recall asking for an estimate to complete from a senior manager at one company for a project in Southern California. He sticks his finger up in the air, gauges the direction of airflow, and says “we only have another $150,000 worth of work left on this project”. This was at yearend when preparing for audit so I asked “are you sure?”. Yes, absolutely was the reply by not only this senior manager but others as well.

The first quarter of the new year the firm immediately proceeded to spend $1.5 million to complete the project – whoops, a little off. WTF. You got it – the WIP was wrong, we lost money because of the WIP, LOL. Unfortunately, this is not the exception but the rule at many companies. Estimates and estimates to complete are many times about as accurate as a Tarot card reading. Actually Tarot card readings are probably more accurate. My apologies to all Tarot card readers.

Trying to get accurate estimate to complete in some companies on any project is like whack a mole. They keep guessing until the end of the project when it is  impossible to get it wrong anymore!! 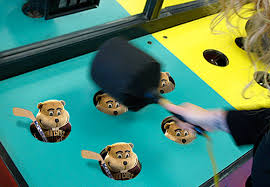 Consistently profit fade on projects follows a pattern of 35%, 30%, 15%, to 9% once the project is done. There are always estimates given to substantiate the profit percentage of the month. You got it – the WIP was the culprit. Gotta manage that WIP better. Senior management actually many times increases focus on WIP everytime a project loses money and then cannot understand why the same profit fade continually occurs. DUH, the root cause was poor estimating and project management.

Many companies are populated with “C” players at the senior management level. From the Harvard Business Review (I have added emphasis), “There are three main types of C players, and what you should do depends on which you’re working with. The first are those who have been promoted beyond their level of competence (a concept popularly known as the Peter Principle). They simply don’t possess the capability to perform in their current job. These are the individuals you need to manage out of your team. Perhaps they can flourish in less-demanding roles or in other parts of the organization, or perhaps they simply need to leave entirely.“. Unfortunately, the senior management of many firms aren’t going anywhere even though they clearly lacked the competence to perform at the level required. They truly have risen to their highest level of incompetence.

As in many companies, staff can see senior management for what they are.

Only management themselves are blind to the issues that originated with their lack of competence in key areas. I suppose it is the only way this type of senior management survives in many companies. The feeble minded band together and validate each others bad decisions. In that way they survive in the only environment they can, one in which they can control and elude performance measurements which would doom them in any other company. I have a recurring nightmare where Moe, Larry, Curly and Jane show up and we are working together. No, this can’t be real – and then I wake up and am overcome with a feeling of relief. It was just a dream.

Lesson learned: manage your projects, not WIP. Beware of those who speak authoritatively on a subject and attempt to lead when they have no inkling of what they speak of.