I used to make the assumption that if someone had a first class school on their resume that it meant the person was an extraordinary talent. Unfortunately, some of the most ignorant senior managers, many in the “C” Suite, I have met in my career have had “A” list educations – Berkeley, Cornell, Stanford, MIT, etc. Continually amazes me that what I was told early in my career consistently plays out as true – all an education tells you about an individual is that they know how to jump through hoops. They are able to navigate through course requirements to get the degree. It says nothing about their abilities or capabilities in managing a company.

For instance, let’s bid jobs at 7% when our overhead is 21% and then can’t figure out why there is no profit, dumbass. Better yet, let’s underbid jobs in regions while concurrently ramping up overhead costs and then not perform on those jobs to the underestimated margin, dumbass. Simple math eludes even those at the top levels of management, otherwise known as dumbass.

Whacky math that you would have thought an education would make a difference in. These same dumbass managers, however, belittle those who possess greater knowledge as if to justify their ill conceived ideas. One of the better business minds I have met was an engineer who started a business and ran it very successfully. I will never forget the asinine behavior of one senior manager towards this successful business owner. Not only was it embarrassing but it exposed the insecurities this other manager had regarding their very own lack of business acumen, dumbass. Of course, this same manager was responsible for multi-million dollar losses, it was their only claim to fame, dumbass. Actually they had a bigger claim to fame but it was not something to brag about……

Imagine a company where the entire upper management is composed of such dumbasses!!! They are rocketing on the road to nowhere. A cover band masquerading as the real thing – capable and enlightened management. Unfortunately, this is much more common than one would believe. Spans all industries and all size companies. 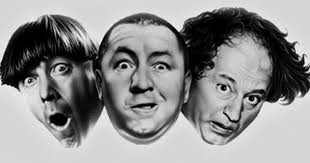 Lesson learned: ignorance knows no bounds and exists at the highest level of some organizations. A dumbass is a dumbass regardless of education or title.

Posted in Lessons in Being Dysfunctional, Swimming Against the Tide