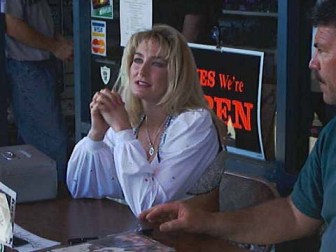 There is no sense in denying the most obvious – sex sells. Politically correct or not that was another main tenet of the Raider Nation strategy – achieve brand identity utilizing the best models available for the product. Of course, that would be Oakland Raider Cheerleaders and every opportunity that presented itself was capitalized upon.

Raider Nation established it’s unique place on the internet by virtue of the first level domain name – RaiderNation.com. Name brand identity fueled the internet growth since where else would you logically go if you were looking for Raider Nation news or products? Duh, the answer is obvious and in 1996 first level domain names were the premium piece of real estate on the internet. Remember 1996 there was still the idea that “.com” names were strictly limited and could only be expanded up to a point. Of course, in later years this all changed with the plethora of new extensions that allowed for what seems like unlimited expansion of domain name addresses. I became a cybersquatter registering any, and every, domain that related to the Oakland Raiders and, more specifically, that would help drive traffic to the Raider Nation website. SkullPatrol.com, HouseOfThrills.com, SilverAndBlack.net, to name a few were owned by me. It was foresight to see where things were heading that eventually led to total domination by Raider Nation on the internet.

Does it get any better than starting something from scratch, implementing a strategy for growth, and seeing it become overwhelmingly popular? The feeling is what any person feels when they start a business and watch it grow and succeed, Raider Nation was no different.

Lessons Learned: establish a unique foothold in your market and exploit the trends in your particular field which will give you competitive advantage. Erect barriers to entry so competition cannot erode the lead you develop by being a first adopter. Grow and change when the need arises – you must operate at the speed of the internet or face extinction. Finally, surround yourself with cheerleaders since they make the journey much more enjoyable.